Doing an internship can be challenging in many ways. Determining where, when and why are the most challenging aspects. In this article we, the BAU committee, interviewed 3 interns to give you an insight into the work environment. The interns have worked at different companies varying from the amount of employees, projects, and country.

Paul de Ruiter is an architecture firm based in Amsterdam which focuses on buildings that
produce energy rather than consuming it. It is a relatively small firm with up to 30 employees.
We interviewed an intern who worked at Paul de Ruiter for six months. He talk about the
value of learning how the design process really works. “On my first day, I was immediately
put on a tender. So I learned about the process of such a design challenge and which
parties are involved.” At a tender he worked together with a master architect and sometimes
was assisted by a junior architect. During the sketching phase, Paul de Ruiter himself often
joined the meetings. Therefore, he was given quite a lot of responsibility. This also was one
of his conditions: “I considered it important that I was really part of the process and not just
working out the details.” When asked if he was well prepared he explains that you are never
really prepared. “Every firm has its own way of working, its own style and it always takes a
few weeks to get to know these working methods.” He finds that this working method is also
very important in discovering what style fits you best. He refers to the importance of having a
good basis but always having to learn a lot of new things.

Every firm but also every country has another perspective on architecture. We talk about the
different way of working in Tokyo. He finds that in the Netherlands we design mostly from
technical aspect and aim for sustainability. In Japan this is different: “At Kengo Kuma a
design started with figuring out how to make the space as interesting as possible. It was a lot
more intuitive and focused on emotions and senses. We worked endlessly on different
options until we hit the right spot.” And those processes needed hard working: “The first day
I worked from 10 a.m. until 11:30 p.m.” This was not the way of working he was prepared for.
At Rademacher de Vries, however, he felt more prepared because he was familiar with the
Dutch way of working. He highlights some other big differences between the two internships.
At Kengo Kuma he was given a lot of responsibility and did the biggest part of the designing.
At RDVA the designing is mainly done by the two founders and the team contributes with
ideas. “The focus of RDVA was really on the research instead of just blindly working things
out. When making a visual in photoshop we looked at paintings and made a plan of what
should be highlighted and how to do that with the lightning.” In the end he appoints the value
of doing an internship and that he would recommend it to everyone.

“The experience of working at the city council of Rotterdam as an urbanist is not only about
urban design and planning, it also includes all the stakeholders' wishes and needs into the
process for the best result.”

Our third intern worked at the city council of Rotterdam because he wanted some work
experience before graduating. He chose the city council because he wanted to learn more
about (infrastructure) planning policies and creating the right preconditions for a design from
municipality perspective rather than actually delivering a final design as firms always do. He
told us that the main thing he learned was the role the city council played while negotiating
with different parties about a design location. Often during stakeholder meetings, where he
was involved, he noticed some tension between the different stakeholders and the city
council. “At the faculty, we learn about the different kinds of stakeholders, and we might
sometimes consider their needs, but we are never confronted with the reality where a real
estate developer, traffic engineer and a civil servant have more say in your design than an
urbanist, architect or a landscape architect,” he explains. The organisation consists of
around 50 other urban planners and landscape architects working together. The group was
separated in small teams, each working on different parts and projects in Rotterdam.
However, the groups met up weekly to discuss the work they were doing to maintain a good
overview of the whole city. “This meant that I got the opportunity to think about a varied
amount of projects varying from very small to very big.” Overall, our third intern was very
happy with his work placement and gained a lot of experience. 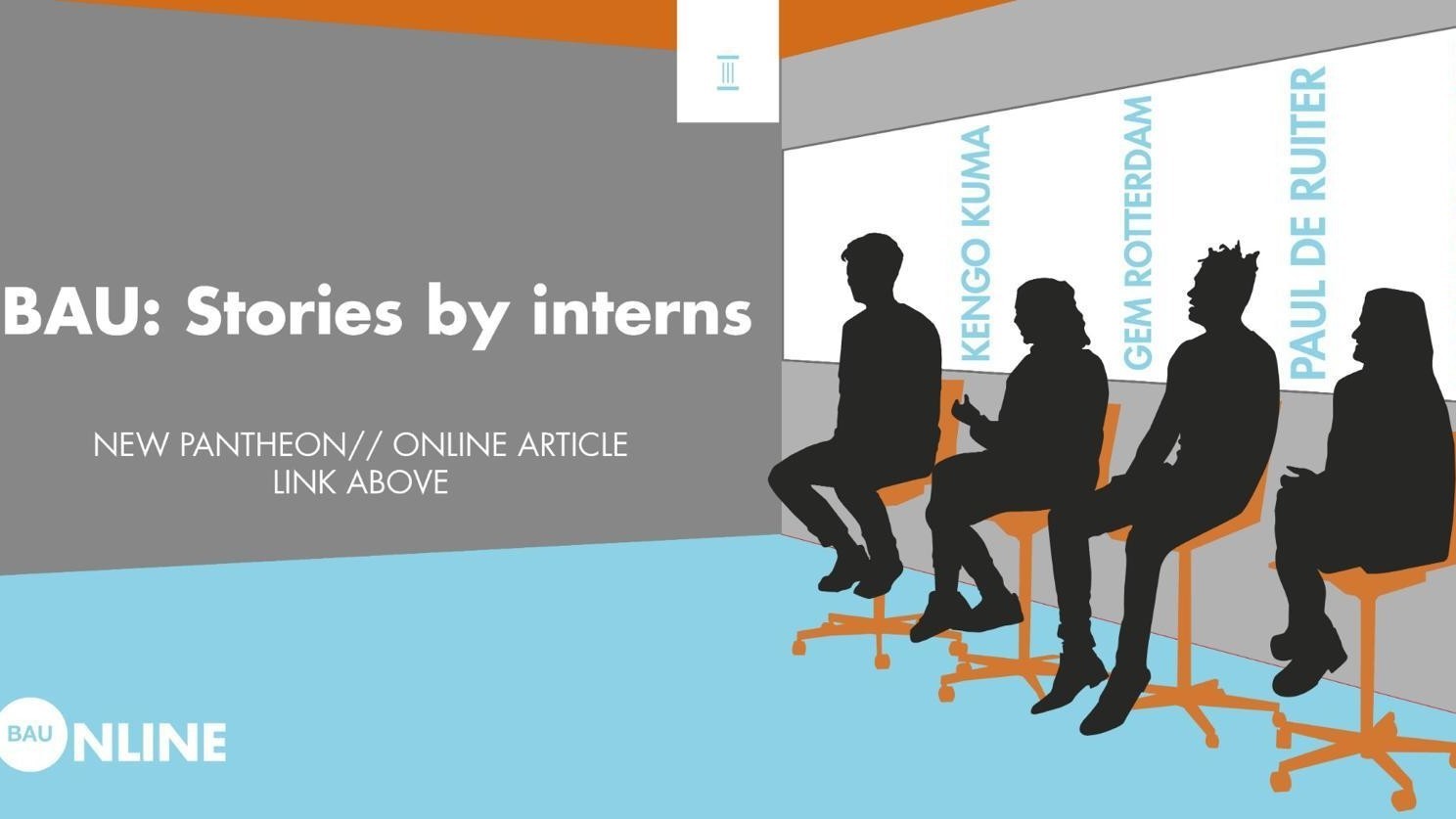