In December 2019, I submitted my application for an Erasmus Exchange semester to the Sheffield School of Architecture, the architecture department of the University of Sheffield. From that moment on I had been waiting for my chance to experience another place, another student life and most of all, to get a glimpse of another architectural education. Now, two years later, I am halfway my semester abroad and with the application deadlines for next year’s Erasmus program approaching, I wanted to share my personal analysis of the differences in architectural education between the Delft University of Technology and the University of Sheffield.

Firstly, it is important to know that the SSoA offers architecture as a Bachelor of Arts. Not a of Bachelor of Science as in Delft. Though, from talking to my peers I found out that the structure and curriculum are very similar to the TU Delft. They have about the same learning goals and are similarly placed in the 3-year course. Yet, the content of the modules is much more focussed on people, society and the cultural value of architecture and less on technology and sustainability. This does not mean that Sheffield doesn’t cover these, nor that Delft doesn’t take society and culture into account. It’s just that the balance is shifted to one side.

This becomes particularly clear in the Humanities module series, which can be seen as an equivalent of the TU’s Fundamentals. Where the TU Delft uses lectures loaded with information on architectural history and the standard canon examples to show ‘good architecture’, the Humanities series is designed to question these. What is ‘good architecture’? Who defines this? Are there multiple opinions and arguments to base this on? And even if a project has been considered ‘good architecture’ in its time, do we still have to idolise it the way this was done in the past? To be able to answer these questions you need a wider understanding of the cultural, political, social and even economical setting in which a building or urban structure is placed. The Humanities series pushes students to research the context of a project or city of choice and critically reflect on its relationship with its time, place, culture and use via an illustrated essay. Therefore, the module series covers academic writing as well.

Secondly, apart from the different approaches to educate general architectural knowledge, the two universities differ in the way design tutorials are held. The SSoA offers much more tutoring and support hours for the design modules. Namely, two full days per week compared to two half days per week at the TU. There are also weekly ‘year forums’, short lecture talks by the year coordinator where the past week and the week ahead are discussed. This is also a moment to ask questions and address problems about any of the modules. Moreover, it provide students clarity and insight in each other’s progress. The year forums are also useful from a teaching perspective since it offers the possibility to provide extra support on relevant present-day topics.

Additionally, the tutors at the SSoA seem to be more aware of teaching methods and the way architecture students learn. This shows in tutorial studios as well as during presentations and reviews. In Delft there have been great attempts to have everyone participate and debate in ‘peer review’ presentation days, yet it does not always seem to work. This is mainly because in most cases the initial feedback comes from tutors. If there is time left, students may have the opportunity to add something.  In Sheffield this is done the other way around. Every student or group gets another project assigned to review and they first get the chance to give feedback after which tutors might elaborate more in detail. This last method works especially well for mid-project reviews because it prevents students from designing what the tutors wants or likes. This also helps students to pay attention, learn from and get inspired by others.

Furthermore, the tutors at the SSoA seem to emphasise learning and self-development more than at the TU. Not that tutors in Delft do not find this important, but in Sheffield it is much more spoken towards students that their studies are supposed to help you develop, not just to get a degree. Also, in studio, design principles that might already be known are still briefly explained to refresh and clarify. Both of the above are examples of the type of support that help create a safe learning environment. This completely opposes to the forthright and direct feedback from tutors in Delft. Besides that, the ‘competition’ between students seems to be much less in Sheffield than in Delft which seems to correlate with the more constructive teaching approach.

In conclusion, so far during my time at the Sheffield School of Architecture I found some similarities but mostly differences in the methods of architectural education. As the focus of both universities lies somewhere else, the studio tutoring is present at both institutions. Yet in very different ways from which I think the TU Delft could learn. Especially since high study pressure and competition between peers are two hot topics that need improvement in the Faculty of Architecture.=

To reiterate, this review is based on my own personal experiences and cannot be seen as a general point of view. Another counter-argument might be that the number of students at the SSoA is much smaller than at the TU and therefore easier to overview. Nevertheless, I do think the suggested methods of the University of Sheffield could be of value to the TU Delft.

Lastly, I would like to greatly thank my tutors, especially Stuart McKenzie, Dhruv Gulabchande, Rose Dodgson and Ian Hicklin, for their role in my positive experience so far. And even though I still have two months to enjoy the English winter weather, I am looking forward to getting back to Delft and stroll along the Street and the Atelier. 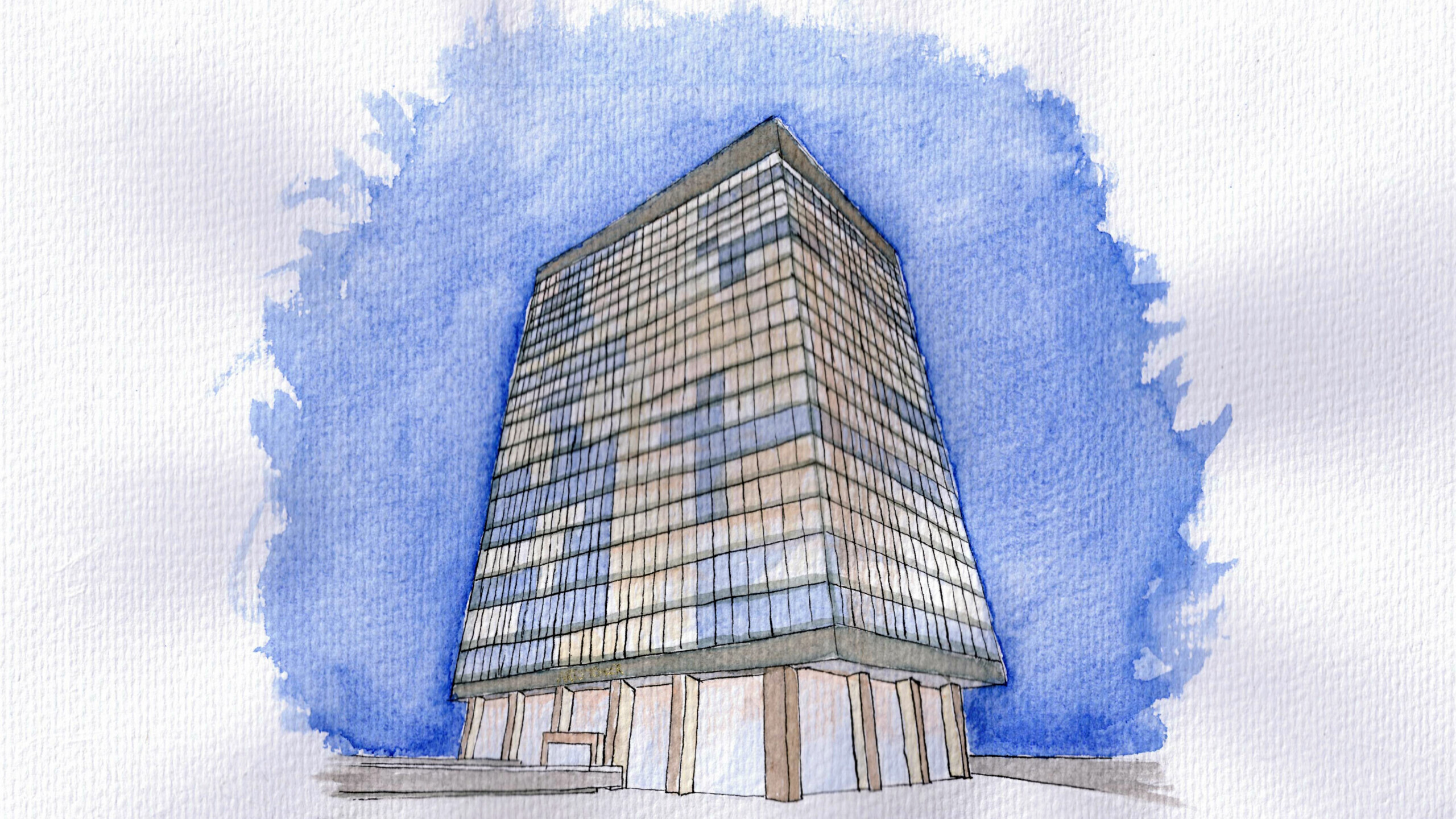