In interbellum architecture the minimum dwelling was a main theme. With a growing population that
wanted to live in the city, architects and urban planners were facing a big challenge in creating places
to live. Hyperefficient dwelling buildings seemed to be the solution. Die Wohnung für das
Existenzminimum, as the Germans call it, was even the subject of the second CIAM congress in
Frankfurt of 1929. In this period Charlotte Perriand worked together with Le Corbusier and his cousin
Pierre Jeanneret in their studio at the Rue de Sèvres. As can be seen in the quote above she worked
with precision on her take on the minimum dwelling. (Cherruet et al., 2019)

Perriand came up with the ’14-square-meter cellule per inhabitant’ which provided harmonious
family life in a compact space. This designing system made optimal use of the modern free plan and
skeleton structure. In order to come up with these ideas Perriand claimed to have followed the rules
of proportion of Le Corbusier’s Modulor, but her sketches show a new kind of pragmatic system
which was based on the tasks in the household and massively valued the eye-level. Charlotte
Perriand worked together with taylorist Christine Frederick who carefully measured all furniture and
related this to the average height of a woman. She also analyzed every gesture and calculated the
time it took to move around the house. Taking this microscale into account characterizes the work of
Perriand and this way of observing most definitely led to one of her most famous inventions;
eliminating the barrier between the kitchen and the rest of the house. This turned out to be a huge
improvement in the way people, especially women, experience the dwelling dynamic. Charlotte
Perriand took the rationalistic, minimalistic and precise approach of the modernists she worked with
and added some soul, empathy and pragmatic reliability. She converted Le Corbusier’s revolutionary
theory into comfortable dwellings. (Cherruet et al., 2019)

Perriand was indeed a very valuable addition to the studio at the Rue de Sèvres, but when first
applying to Le Corbusier in 1927 she got turned down pretty roughly. “We don’t embroider cushions
here.” were the exact words of the Swiss-French starchitect. However, later that year he saw
Perriand’s ‘Bar sous le toit’, exhibited at the Salon d’Automne, and decided to add her to his team
right away. In the beginning Perriand was mainly working on furniture for Le Corbusier’s villas – the
famous B306 Chaise Longue is an outcome of this work – but before long she also got involved with
hardcore architecture. During her period at the starchitect she didn’t always get the
acknowledgement she deserved, such as with the minimum dwelling theory, which Le Corbusier
initially published without even mentioning her name. In 1937 she left the studio at the Rue de
Sèvres. (Barsac & Cheval, 2019) 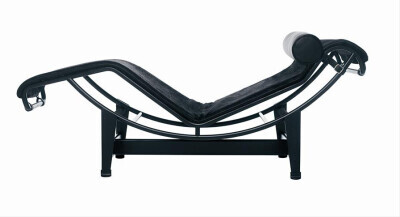 “I deeply love the mountains. I love them because I need them. They have always been the barometer
of my physical and moral equilibrium.” (Perriand, 1966, as cited in Cherruet et al., 2019, p. 125)

Perriand’s parents, who had a rural background but lived in Paris, made sure their daughter spent the
first three years of her life with her great uncle, a farmer in Moulery (Burgundy). This resulted in a
great love of nature which she retained her whole life. During her vacations Perriand used to escape
Paris and explore nature by canoeing, skiing, swimming and climbing mountains. This passion,
together with the political issue of paid vacation for the working-class in France, explains why
Charlotte Perriand began to specialize in prefabricated architecture for leisure activities from 1934
onward. The buildings she designed are all carefully integrated into their site to minimize the impact
on the landscape and to promote the contemplation of nature from within the dwelling module.
Together with her interest in the minimum dwelling this relates to the contemporary Tiny House-
movement. All this craftmanship and ingenuity adds up to Perriand’s reputation as a pioneer in the
art of living. (Cherruet et al., 2019)

Together with Pierre Jeanneret, her lover at the time, she designed one of her most famous
mountain dwellings in 1938, the Tonneau refuge, with an industrial facade of aluminum and a warm,
wooden interior. The biggest of three versions of this dwelling had three levels and a capacity to
provide a place to sleep for 38 alpinists. Despite this high capacity each single component of the
prefabricated refuge had a maximum weight of 40 kilograms and maximum dimensions of 1.05 to
2.10 meters. In this way the components could be taken to the summits by the alpinists themselves.
The design came with an instruction booklet on how to assemble the structure. Six people and three
days were needed to build the Tonneau and it was suitable for any type of terrain. Due to World War
II the Tonneau refuge wasn’t built right away. In 2010 the Association Acte in Thônes produced the
Tonneau after the design of Perriand and Jeanneret. (Cherruet et al., 2019) 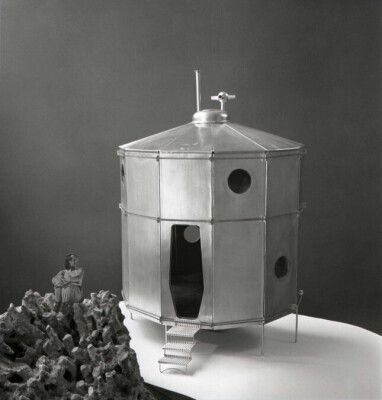 Image 2, Model of the Tonneau refuge 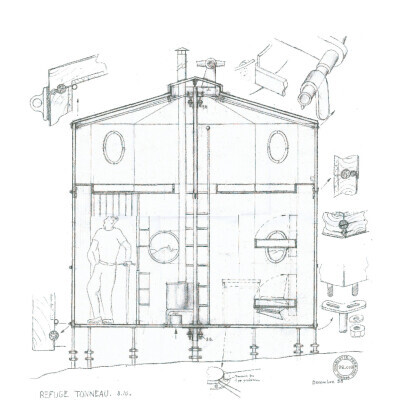 Image 3, Section of the Tonneau refuge with assembly details

A journey to Japan from 1940 to 1942 greatly influenced Perriand’s postwar products. The design of
the Les Arcs ski resort in the Savoie is regarded as her magnus opus. She worked on this project from
1967 to 1989 and integrated all the things she previously discovered, from the 14-meter-square
cellule per inhabitant to the site specificness of mountain dwellings. (Cherruet et al., 2019)

With all her creations, varying from the small scale of a chair to the huge dimensions of a ski resort,
Charlotte Perriand proved to be an essential designer and architect of the modernist movement in
the 20th century. Many of her ideas are integrated into contemporary life. She showed us the
necessity of perseverance in the architectural world, the beauty of a minimum dwelling and the
importance of nature in our industrialized reality. To sum up, Charlotte Perriand taught us about the
art of living. 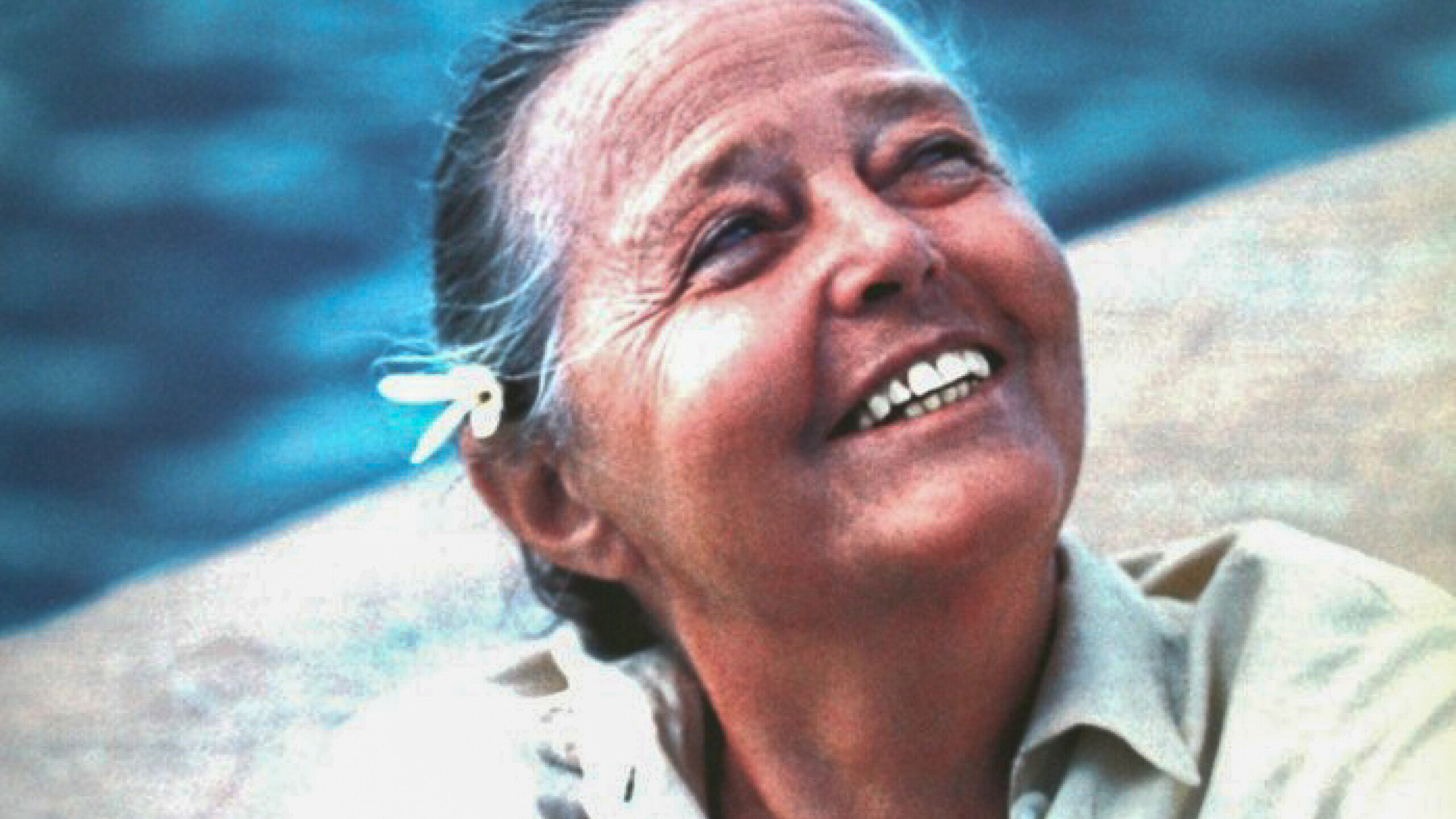