The glass ceiling, and the lesser-known glass cliff, let you to believe that it is almost impossible for women to succeed at the top of the business. Working hard to move up the ladder, only to find out that the absolute top is being held from you by some outdated phenomenon. This cannot be true. What is it that women encounter that sets them back? In this article, we research the topics mentioned above using literature and a survey conducted with Management in the Built Environment (MBE) students and recent graduates. These findings were discussed in a conversation with the organisation of Dutch Women In Real Estate (DWIRE).

DWIRE was founded in 2007 and has around 200 active female members, working in the real estate business. Within the organisation, the main focus is sharing knowledge, strengthening the network and creating more visibility for female real estate professionals.

In the conversation for this article, DWIRE was represented by Annieke Smith and Claudia Heimensen.

Annieke graduated in 2012 from the master Real Estate & Housing at TU Delft. Currently, she works as a development manager at Herkon B.V. and focuses on the development of future proof utility- and housing projects. Annieke has more than 8 years experience in the construction and real estate sector, and previously worked for J.P. van Eesteren | TBI. Furthermore, she is the secretary of the board of DWIRE.

Claudia graduated from her master of Architecture at TU Delft in 2009 and is currently working at real estate developer Provast. Her focus is the (re)development of high quality inner city projects. Claudia has over 10 years of experience in real estate, and formerly worked for Dura Vermeer, JLL and Konder Wessel Vastgoed. Lastly, she is a member of the current DWIRE board.

Before the conversation with DWIRE, the survey results showed that within a total of 54 responses (31 female, 23 male), 78% of the respondents are still students. Of the respondents 78% is familiar with the term the glass ceiling; the glass cliff is less known, only 32% know this phenomenon.

After the master track MBE, alumni mostly end up working in the building and real estate development sectors, project management, consultancy, in the (not-for-profit) housing sector, and in the urban development sector (TU Delft, n.d.). This will be the main industry covered in this article, in the Netherlands.

It is generally known that studies and professions that are technically orientated are mostly male-dominated. This distinction is already visible during the study. Looking only at architecture and construction, 28% are women and 72% are men (CBS, 2019). Here at the faculty of Architecture at TU Delft, the division is 48% women (Bachelors, n.d.) From this number, even fewer women end up working in the industries mentioned before. Only around one-fifth of women in 2019 with this kind of education was working in the corresponding industry - of men this was over 50% (CBS, 2020).

These numbers make that the total number of women working in the building industry is not even close to the number of men. In the higher functions, the percentage of women is even lower. Next to women being less represented in the industry, this might also be due to the glass ceiling. This is a widely-known phenomenon, also in the building industry. This term is defined by Oxford Languages as ‘’an unacknowledged barrier to advancement in a profession, especially affecting women and members of minorities’’.

It is affecting minorities and women around the globe and through different industries in their professional careers. In a world like the building industry, the glass ceiling can be particularly frustrating when working your way up the career ladder.

This frustration, and possible fear of not succeeding, is something that is already on the minds of students. From the survey it becomes clear that 74% of women expect to encounter the glass ceiling, while 21% of male respondents expect  to encounter it. Put simply, the majority of women expect the glass ceiling. A reason for this given is that the real estate world is still really a man’s world, and this is difficult to change. Moreover, there is the matter of combining a career with being a mother. Is it possible to continue a career as a mother at the same pace of your peers? However, a different opinion is also present. Here is no concern for the glass ceiling, as being self-confident and driven will help to eliminate the threat. This compliments the thoughts that the ‘man's world’ will have changed by the time of graduation of current students.

The conversation with Annieke Smith and Claudia Heimensen from DWIRE opens with this concept of a ‘man’s world’. A dad picking up his kid from school is perceived as a changing society - but a mum working full time and providing for her family makes her a bad mom. How come we are still stuck with these prejudices? This really specific perception of good versus bad needs to be broken, the traditional patriarchal role models are not something to hold on to.

Both women from DWIRE were once at the beginning of their career mistaken for the lady serving coffee during a meeting and had to prove themselves worthy afterwards. They explain that the mistake does not mean that the men in the meeting do not respect you - you just have to prove yourself harder because you are of a different gender. Women have to put an extra step in, cannot permit themselves to be shy, and they have to be active in conversation and tell people why they are present in this meeting.

Let us not forget that a young man has to prove himself in the industry as well, and they need to work just as hard. However, the positive side for him is that the patriarchal rules are in his favour, and so he will not be asked to serve coffee and to explain his role at the table.

The fact that the majority of women in the survey expressed concern for the glass ceiling raises concern, as agrees DWIRE. Why be afraid of something you do not know yet, why not fight for your place? Because you should not have to, but here we are. DWIRE’s advice would be to not be scared to fail. Just try, and do not blame the glass ceiling the instant you fail. Your learning curve is defined by failure, not you, and new opportunities present themselves afterwards. If you are unsure of yourself, remember that bringing yourself out of your comfort zone sometimes is needed to achieve your goals.

This might be a different approach than is in your nature or character. So will you fail when you prefer to work differently than this? No. You can work in your own way and deliver work of quality in many, many ways. A big attitude is not necessary, your work is. If a certain attitude was the only way to success, this would eliminate the majority of people, and all kinds are needed.

Adding on to the glass ceiling, there is such a thing as the glass cliff. Again, Oxford Languages states that this term is used ‘’with reference to a situation in which a woman or member of a minority group ascends to a leadership position in challenging circumstances where the risk of failure is high.’’ As a study done by Harvard Business Review revealed, if the business is doing well, current leadership (statistically often still men), can stay on. If not, and change is needed, women are most often seen as the most opposite to current leadership and therefore deemed a good intervention and new approach to the problem (Vox, 2018; Harvard Business Review, 2014). This fact, however, sets these women up for failure in a more subtle way, as they come in to mitigate a problem that might be undoable.

How well known is this term within MBE? 51% of women expect to experience a glass cliff situation, while no male expects to encounter the glass cliff. There is awareness of the existing biases with regards to  minorities, but also a belief that anyone who is willing to work hard is welcomed into the business. It is also expressed that as you keep pushing doors open and deliver good work, the glass ceiling or cliff is a political term.

The term glass cliff is a new given for Claudia and Anniee, and they have not seen this in practice yet. A phenomenon that they have seen is the so-called krabbenmand effect - loosely translated as the crab’s basket effect - where women get intimidated by other women and try to undermine each other. Both DWIRE women have experienced these feelings towards other women and have had women project similar feelings onto them. They wonder why - why let each other down when women should be supporting and helping each other, especially when more women are needed in the business.

This brings up the quota for a certain number of women to be hired in a firm. DWIRE explains that a quota is not always the best option - some decisions may become forced when a certain number of women is required to attain. You should not want to hire women just because of gender, you want to hire them because of their skillset. A quota will of course help to get more women in the top of business, but might also be a reason for some women to not apply for the job - as they want to be chosen because of experience and not their gender. People should make these decisions based on intrinsic motivation.

The current developments of sustainability, climate goals, and social perspective in a long term vision are in favor of women. Often women are associated with, and have more specific knowledge about, these topics. While men on the other hand are more associated with short term performance and efficiency. The needs are changing to the long term perspective, creating an environment in which women will appear more often in strategic positions that cater to the long term need.

To conclude this paper, wouldn’t the world be a bit better if we would work from our motivation, intrinsic good ideas and let each other work in a respectful way? We are not there yet, as becomes clear from the sources in this article, but steps are being taken and the business is indeed changing. Until there is equal understanding and equal possibilities, women will work even harder for them.

Lastly, some advice from the women at DWIRE: do not be afraid of the industry! Explore, find your strength and go for it. When exploring and growing, make sure to find a mentor. This can be anybody (check your LinkedIn already!), and can help and advise you along the way. Your network is everything, do not underestimate its importance to help you grow.

If you ever want to talk about experiences or are in search of a mentor to boost your career, do not hesitate to contact DWIRE. Become a member after your graduation and extend your network in the real estate market. 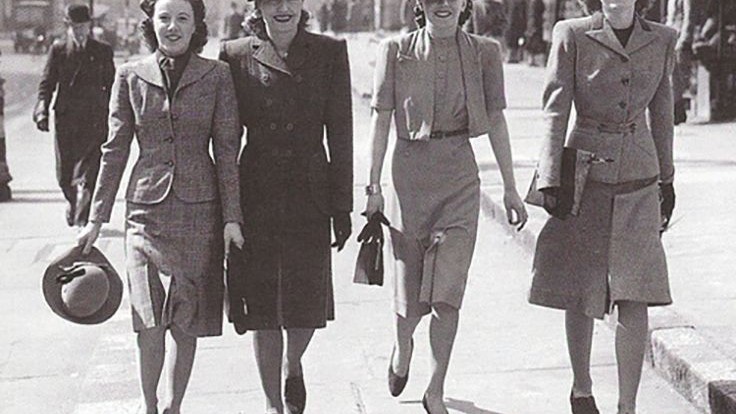