Sprekend Stil | What does the crisis teach us

I can still clearly remember the afternoon of March the 12th,  already more than a year ago. I was sitting in a full Oranje hall at the faculty of Architecture, just like many fellow students waiting for the Bouwpub to open. Everyone watched the first press conference of prime minister Mark Rutte on their own laptop screen. I remember the atmosphere was a bit giggly; we had all stopped studying and because nobody knew how to give this unreal scene an attitude, jokes were made. Little did we know at the time that the hall would be practically empty from that day on, that Mark's press conference would become a regular feature on Tuesday evenings and that dancing in the pub was  a thing of the past now. The only thing we knew, was that the Bouwpub would not open that day.

The closed Bouwpub was the beginning of a world that came to an halt. In one swoop my busy life turned into a echoing silence. Yet, during the early months of the crisis, I found that the basis on which we were all thrown back also had a strength. Where it would normally feel like I was being lived from one obligation to another, it now felt as if I was in control  of my time more firmly. For a couple months I lived close around  my house,  rediscovered the beauty of my street and noticed the friendly looks of strangers who also seemed to appreciate the silence. People ate on the sidewalks in front of their doors and the streets and squares turned from traffic areas into places to stay. The city, which for years had a natural urge to only become bigger and more complex, suddenly seemed to belong to the inhabitants again.

I decided to make a short documentary about this changed meaning of space. With four Dutch architects, from different generations, I thought about the significance of the sudden silence for the realm of architecture.  A document about the future of our cities, with the central question: what does the crisis teach us, now that we suddenly see the space of the city from a completely different perspective?

It was an incredibly fun project that I could fully devote myself to during the "lockdown". Interviews via Zoom with Herman Hertzberger, Sjoerd Soeters, Nathalie de Vries and Armand Paardekooper were inspiring. My shooting days in an empty architectural building and university library surreal. And the walks with my camera through a sun-drenched city, often peaceful and beautiful. It resulted in the movie "Sprekend Stil", which I would love to share with you here.

I hope to see you dancing again soon in a re-opened Bouwpub, I would like to continue talking with you there. 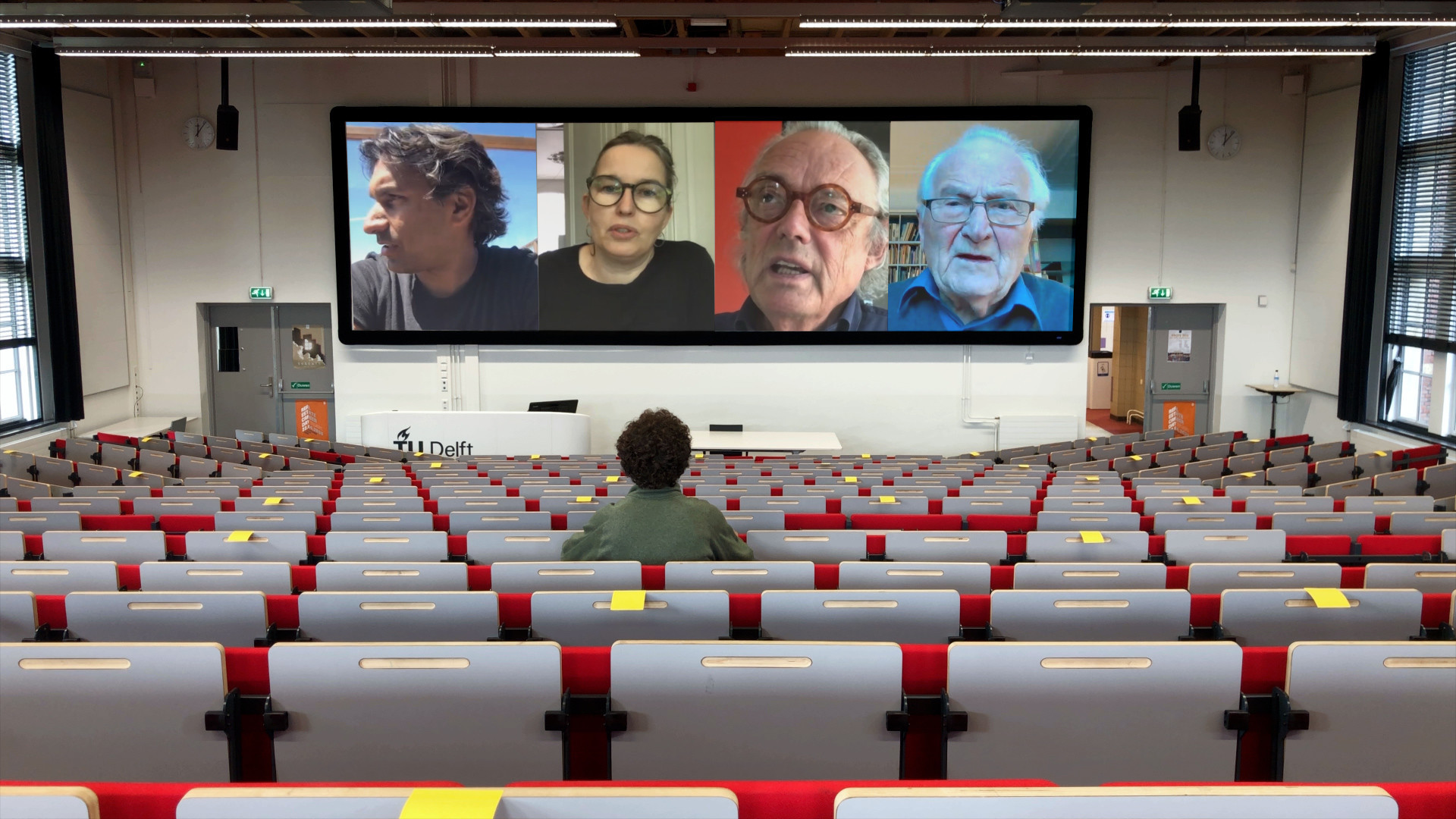