The Netherlands is facing a substantial sustainability challenge. In 2050 the Dutch government wants to craft a CO2 free built environment. In addition, one million extra homes must be constructed before 2030. SUM wants to be a part of this change as they focus on this housing typology using the neighborhood of De Dreef in The Hague as a case study, because this neighborhood is located in a dense city and does not function sufficiently on a social level.

Symbiotic Urban Movement (SUM) from TU Delft is a team of 54 students from a range of faculties who have been working for more than a year, on devising a solution-oriented design for the obsolete housing stock. With their innovative and sustainable plan for all 847,000 tenement flats in the Netherlands they will represent TU Delft in the international competition, Solar Decathlon Europe, which takes place in 2022, in Wuppertal (Germany).

The name stands for Symbiotic Urban Movement. Inspired by principles of their advisor, Andy van den Dobbelsteen (Professor of Climate Design & Sustainability) the team bases their vision on the word symbiosis. Man and nature should come closer together and live together, in symbiosis. Here there is a relationship in which both parties benefit from each other. This is reflected throughout the design the team is making for the existing tenement flat.

Symbiotic relationship between the existing building and the top-up

Symbiosis can be seen in 6 main aspects of the design:

1. The activation of the first floor with new public functions

2. Improved accessibility through a multifunctional circulation core with an elevator

3. The development of a gallery to connect the residents with each other

4. The renovation of the existing units with an improved layout and building performance

5. The addition of a new modular top-up.

6. A productive roof that generates energy for the building and the neighborhood.

The layouts of the existing units are getting a complete makeover. The kitchen, dining and living areas have an open floor plan and connect to both the north and south facade, similar to the Dutch "doorzonwoning" type. The wet core is positioned in the center of the unit to maximize light in the spaces.

The Netherlands is in need of small housing, many people have difficulty finding affordable housing in the city. SUM's proposal is to add 30 wooden modules to the existing building to provide a variety of housing options. The new top-up homes are small in size, but large in comfort and functionality. The units have a flexible layout that can be optimized to the orientation of the existing building and the needs of the users.

“If we want to develop sustainable cities and neighborhoods, every individual has to live with each other in a sustainable way. Sustainability is about survival.” says Andy van den Dobbelsteen. In addition to a design on paper, an 1:1 prototype will be presented at the competition in 2022.

What does the future hold for SUM?

The third deliverable for the competition is coming soon, thereafter the design has to be frozen. We are excited to start construction of the prototype in the summer after which it will be possible to visit the prototype.

If you want to know more about SUM or want to join the team you can visit our website: https://www.delftsolardecathlon.com/ or follow us on social media @team-sum. 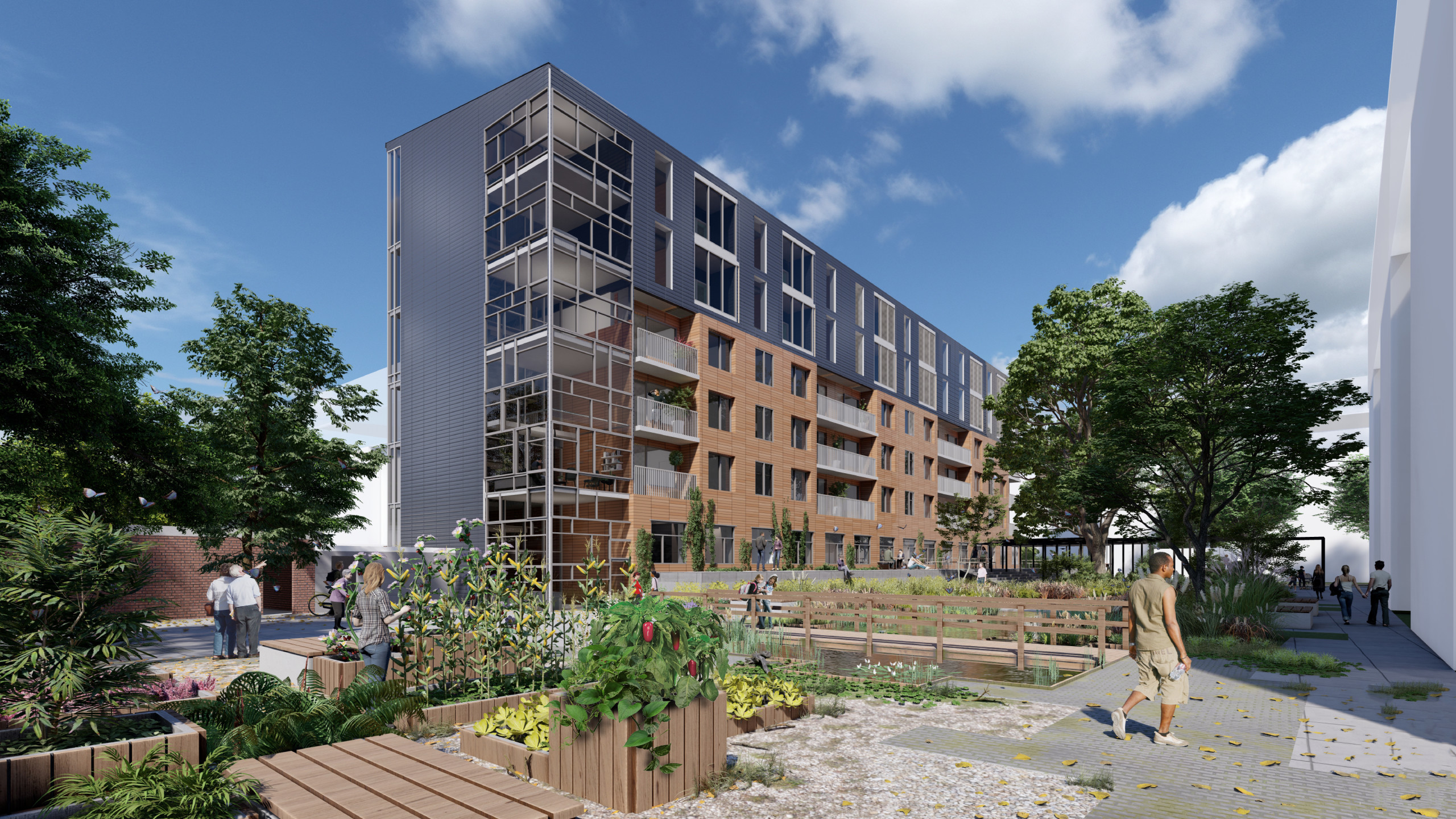