Designing for values | Equality in race and gender

“A lot of people within the architectural world are aware of the issues surrounding equality, diversity and inclusion in the profession. The problem is that any architectural practice is also a business. There are many expectations such as making a profit, being able to finish a certain number of projects and to keep up the high standards and competitiveness of your practice. Often these goals are seen as incompatible with the values of inclusivity, although they really shouldn’t be.” So how can we tackle these issues in the architectural world from an early stage onwards, starting with the education at our faculty?

In light of the recent BK Talks about ‘We Matter’ which addressed the topic of equality in race, ethnicity and gender, we interviewed Amy Thomas, a professor at our faculty. Amy has been doing research on the topic of equality, diversity and inclusion in the architectural world and education. Together with Roberto Rocco she started a project called “Teaching Design for Values”.

When asked about the problems in the architectural world she spoke of several different issues. First of all there are some structural problems within the profession which lead to unequal representation: architectural practices are also businesses that need to run, there is too much work in the little amount of time, it doesn’t pay a lot and it is very difficult to be a part-time worker, which by default makes it difficult for women who still do the lion’s share of the care work at home (due to uneven maternity/paternity leave, cultural expectations, etc). The second type of problems are the cultural issues which tend to embrace a rather traditional ‘masculine’ conception of excellence and competitiveness: long working hours, the celebration of the single ‘genius’ author, and a tradition of harsh public critique (‘crit culture’), which many people find hostile. Questions such as “why is it that most people who go into architecture are from relatively wealthy backgrounds?” or “why is it that at the faculty there are about 50% female students but only 23% of those end up continuing with the profession?” come to mind when thinking about these issues, and certainly begin in architectural education. The profession is a locus of privilege and whiteness, which begins in the architecture school.

However, Amy says that the biggest problem, when talking about the issue of diversity, inclusion and inequality is that everyone is very afraid of getting it wrong. The stakes are simply too high for making a mistake.

In order to move forward and start to tackle these problems, Amy suggests that a lot of things can begin being addressed at architectural school. The first step is to create a safe environment where one is allowed to ask questions, to make mistakes, and learn from them. But it is even more important that we educate people about their own biases and how to be aware of the effect they have on others. The university also needs to be proactive in increasing the representation of women and ethnic and racial minorities in good positions. If we go back to the structural problems we can solve them by thinking about the following questions: “Who are you hiring? Are you providing secure stable positions for people? Are you offering a culture of safety and security, so that people can be themselves and express themselves well enough? And are you training your staff to know how to be more inclusive?” But it is also important to be aware of the softer cultural aspects, such as how and what we teach. She explains that it is important to be aware of the examples you use while teaching. Are teachers repeatedly citing the same types of architecture? And do they only mention the same twenty architects and their buildings?

Amy gives an example of our faculty where things have changed over the years. The names of famous architects on the walls have been taken off, and more female portraits have been hung on the wall in the architecture corridor. “The pictures in the architecture hall are probably put up there to show a certain kind of narrative about architectural history, but I think we have to keep up with the times, and be more self-aware as an institution about what we include and exclude from such narratives. We should be able to show some diversity, particularly given the international expertise of our staff and students”, Amy explains, “but of course this takes time, and teachers themselves need time to learn and educate themselves. After all, most of us were taught with the white western canon too. We have to unlearn these habits.”

The last question we asked Amy was about how education can help future designers, like our students, to incorporate values like equality into our profession. She replied: “ the most important part of it is keeping your eyes open on being aware of the world beyond yourselves, as it is so easy to be trapped in your own world view. Part of it is to rely on your teachers, who might be able to give you a different perspective. It is also about training, we are not all experts on this topic. Nevertheless, it is also up to the individual to change their own point of view and to be more empathetic. Students have to decide what kind of designers they want to be. Do you want to be a starchitect, with major well-known buildings or be an architect who helps people and builds meaningful work? I think most people would say the latter.”

As a conclusion we can say that now it is more important than ever to start talking about these topics at our faculty. So express yourself and give your opinion!

Article written by Leyla van der Waarde about the interview with Amy Thomas. 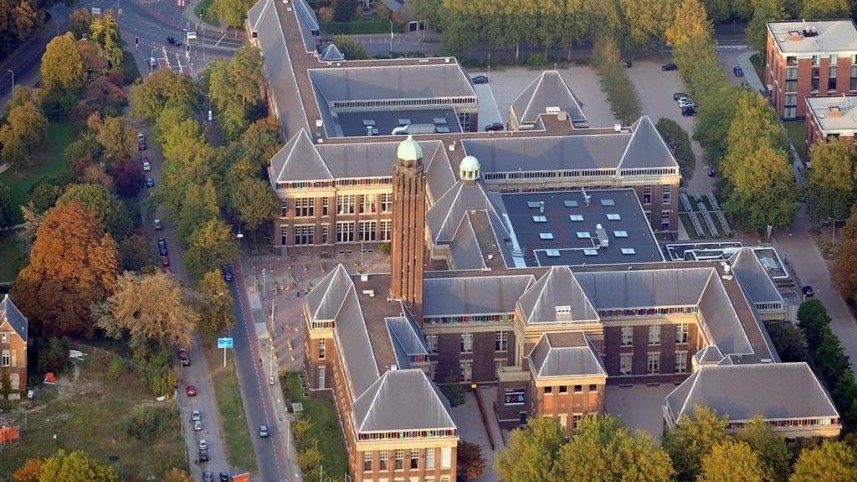