In the first week of October, the LantarenVenster cinema in Rotterdam, always shows the most inspiring films about architecture, instead of the usual arthouse films. I could not think of a better place in Rotterdam to organise an architecture film festival. The building, located at the Wilhelminapier, is really an eyecatcher. The interior design, designed by the famous architect Alvaro Siza, provides the feeling of a warm living room in the centre of a busy city. However, a location should not directly influence the quality of an event. Or should it?

This year I planned on attending three nights in a row. On Wednesday, the opening film was meant to be a festive drive-in cinema at RDM Rotterdam. My dad and I got tickets somewhere in September and were convinced that even though the whole country had to go in lockdown due to Covid-19, this was an event that could definitely take place. What is safer than being locked in your own car, right? Sadly, the government did not agree. The event was cancelled because it was over the maximum number of people allowed.

A bit frustrated, but also even more excited, I travelled to Rotterdam on Thursday night. I met up with my friend at Central Station and we took the subway to Wilhelminapier. We both did the minor Heritage and Design. She studies art history in Leiden, so the film “Where to with history?” could not suit our interests better. The film also matched this year's theme perfectly: guilty architecture. It tells the story of Dresden, a city in Germany, that was bombed during WWII. The reconstruction of the city shows that urbanism is almost always political. What surprised me, actually on both days, was that the Q&A’s or conversations with the film makers and other stakeholders were very enlightening and maybe even more interesting. In those moments, the real opinions and positions of the film makers became clear.

There were different discussions; whether stones of old buildings ‘speak’ (in a political sense), what should be thought at architecture schools concerning guilty architecture and about the differences and similarities between Dresden and Rotterdam. Things I never would have thought of myself while watching the film.

On Friday, I went to two films about the Brazilian architect Oscar Niemeyer. This time I went with a friend from the faculty and met my parents there, but I also saw a lot of Stylos members, friends from Delft, and even my teacher. It was really nice to be in a situation again where you meet up with people to enjoy a joint interest. Maybe that is the thing I miss the most during this ongoing pandemic: the random conversations you have when you are at a certain event and the inspiration you get from that. I was happy I brought my little black notebook to write some things down! Even though that sounds very basic bouwko.

The second film was about Brasilia. In my opinion, it did not do justice to the overwhelming splendour and emptiness of the city. It was a very American film full of modern effects which caused the filmmakers to forget to tell a story. Again, the moments after the film, during the Q&A or while talking to my friends, in the warm café downstairs, were more inspiring to me than the film itself. You may think of that as a bad thing, but to organise a platform for conversations instead of being a film channel, is a great achievement. Especially because it was partly online, of course! People from all around the world could join the conversations.

So AFFR: thank you for organising this event. I have not felt this inspired and excited in a while, I can tell you that! 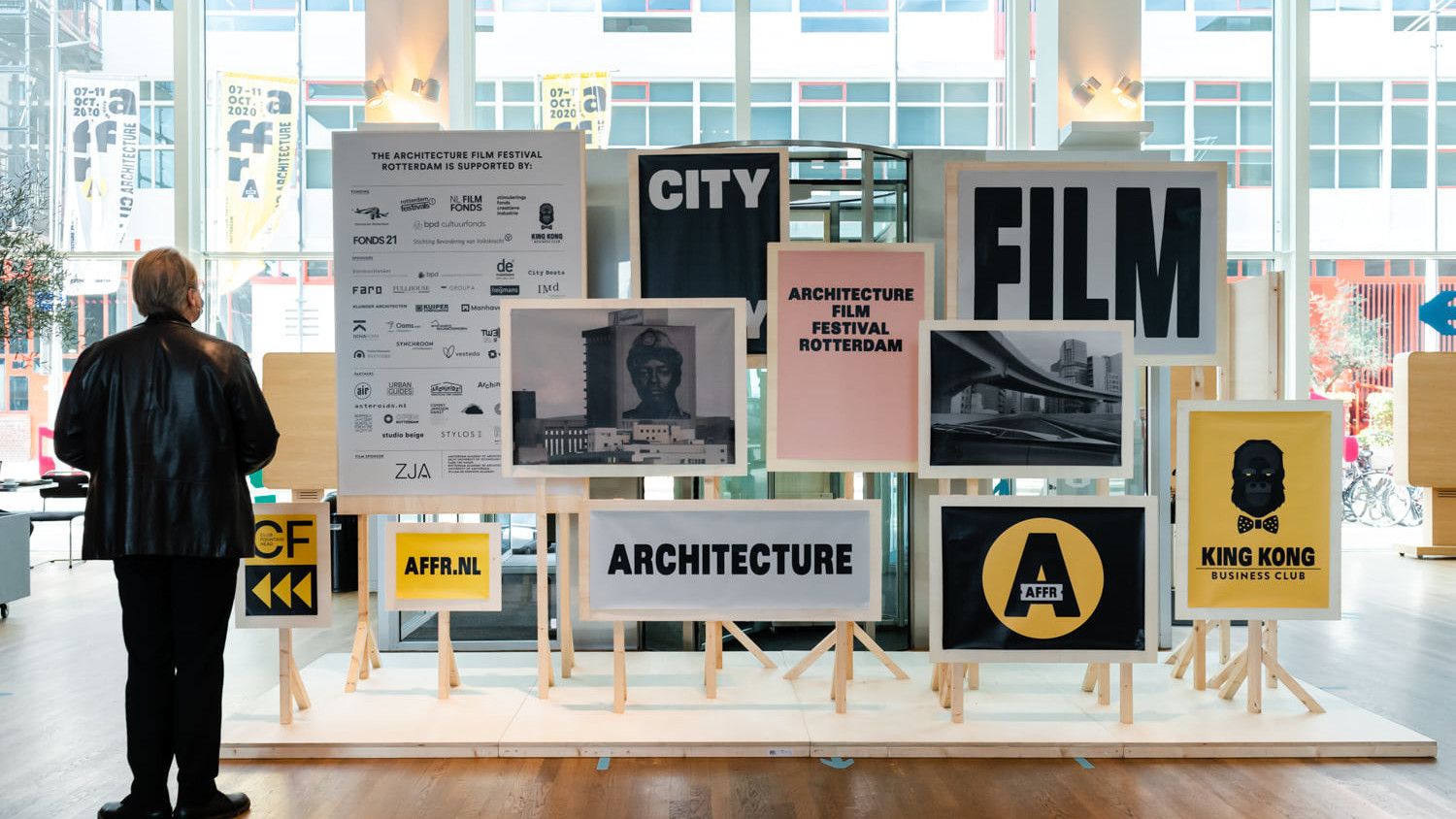